Whether you have personally experienced medical malpractice in your life or not, there’s one undeniable truth. It injures and kills thousands of people annually in the United States. In fact, according to a research study, more than 250,000 people die every year from medical errors. That makes it the third leading cause of death in this country, following cancer and cardiovascular diseases.

If you’d like to learn more about this and ensure you’re well informed, please continue reading. 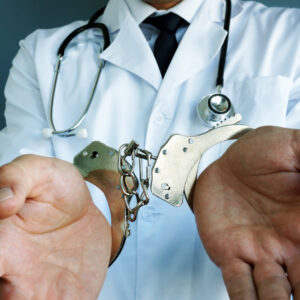 Above, we mentioned the 250,000 people that die every year from medical errors. However, their story didn’t end there. In many cases, their estates fought for justice and appropriate compensation with the help of a medical malpractice lawyer. And many among those injured by medical malpractice did the same.

Below, we’ll include several examples of medical malpractice settlements in Ohio and some information about the cases themselves. We hope at Sandel Law Firm that these examples can remind some that they have a fighting chance.

Please take some time to read through them.

A 78-year-old man was found unresponsive after choking on a piece of chicken in his nursing home. He was given CPR and the Heimlich maneuver after the chicken piece was removed from his throat. However, despite their efforts, they were unable to revive him. His estate sued the State of Ohio, alleging that their failure to monitor him correctly caused him led to his death.

After a doctor negligently performed two procedures on a woman to relieve her radiculopathy, the 44-year-old woman claimed injuries. According to her, the injuries were permanent and caused her to walk with a cane. She was struck with opioid dependence and chronic pain.

Consequently, the woman sued both her doctor and their employer for negligence. Her medical expert testified that the doctor performed the procedure too aggressively. They argued that the laminectomies were completely unnecessary and only put the woman at more risk.

The doctor denied the claims. Their medical experts testified that the procedures were appropriate and that he met the standard of care. However, that only left the employer to blame. Eventually, the woman settled with her doctor and received her compensation.

According to a study covering average settlement amounts for 50 states, Ohio ranked 22nd with an average of $390,000. For reference, the average medical malpractice settlement in Maine, which got the top spot on the list, was $717,000. However, you can see in our example above that higher settlements are possible.

Types of Medical Error Claims a Malpractice Lawyer can Handle

At this point in the article, you most likely have one question on your mind. Can a medical malpractice lawyer help me? The truth is that it depends on your unique situation. However, there are medical error claims that malpractice lawyers often take on. In other words, you have a good chance if your claim falls into one of these categories:

The rate of medication error during anesthesia is staggering. According to the National Library of Medicine, a medical anesthesia-related mistake occurs once every 200 cases.

If you or a loved one needs help seeking compensation after experiencing medical malpractice, contact Sandel Law Firm. Kevin Sandel, a medical malpractice lawyer, can help ensure the best outcome possible. Reach out today with a free consultation.