One of the most popular examples of willful misconduct is Alfonso v. Robinson in 1999. And the case is not your ordinary vehicular collision on the roadway but a crime borne of blatant disregard for the safety of other motorists.

We’ll dig deeper into the willful and wanton negligence in the Alfonso v. Robinson case in a bit, but first, let’s define willful misconduct and explore our prime example.

What is Willful Misconduct?

Perhaps, the best way to define willful misconduct is to dissect the terms and understand them separately:

According to Cornell Law, the term “willful” refers to acts that are intentional, conscious, voluntary, and designed to achieve a particular result.

On the other hand, US Legal defines misconduct as the dereliction or abandonment of duty or unlawful or improper behavior.

In essence, willful misconduct, otherwise known as willful and wanton negligence, means acting consciously, intentionally, and deliberately in disregard of another person’s rights or acting with utter or reckless indifference to the consequences.

In the eyes of the law, willful and wanton negligence is different from other forms of negligence, not just in degree but in kind.

The concept of negligence suggests the idea of inadvertence or oversight. Conversely, willful misconduct conveys the idea of design or purpose. In other words,  a person guilty of willful and wanton negligence intended the act regardless of the consequence and has constructive consciousness that injury may result from the act or omission.

Shortly before midnight of a faithful evening on November 23, 1994, Anthony Manuel Alfonso’s trailer truck stalled on the highway. Although he couldn’t start the engine, he managed to steer the truck to the right-hand lane. Alfonso unsuccessfully tried to contact his boss through the truck’s computer, so he ran to a nearby rest area to place a call for assistance. Thereafter, Darlene Robinson, who was operating a passenger van with a speed of 55-60 mph rear-ended the truck resulting in serious physical injury.

The court proceeding was whether Alfonso was guilty of willful and wanton negligence.

Here Are the Facts: 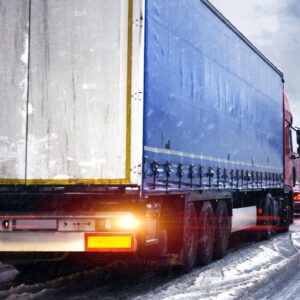 Willful Misconduct in the Case

Despite safely maneuvering the truck to the right-hand lane, Alfonso exhibited willful and wanton negligence in two aspects of the story:

First, he did not activate the truck’s hazard flasher to notify other motorists of his emergency. According to the plaintiff, she was under the impression that the truck was running since the running lights were on. She tried to avoid collision by applying the brakes and swerving to the left but failed.

Second, Alfonso failed to deploy safety flares or reflective triangles. Given his training background, he admitted that he knew setting up flares or triangles was the standard operating procedure after securing disabled trucks.

In other words, Alfonso had constructive consciousness that injury will result from his acts of omission. He had full awareness that the purpose of the safety devices was to warn motorists, yet he consciously chose to leave the truck in a traveled portion of the highway without any warning devices.

With this, the official decision of the jury is willful and wanton negligence.

Anyone could be a victim of the same deliberate act of omission. If you know that you’ve been in the same position as the plaintiff, it’s never too late to file a complaint. Book your free consultation today so we can help you.