Bike accidents involving motor vehicles don’t just end with damaged property. They often end with a cyclist in critical condition and a motorist at fault. Yet, many people still assume that cyclists should shoulder the blame. However, we know better.

Thanks to recent studies, we know that most bike accidents actually result from a motorist’s negligent driving. To learn more about how these accidents occur and how you can avoid them while riding, continue reading below.

Are Bikes Safer Than Cars?

Unsurprisingly, the portion of people in favor of riding bikes as a healthier alternative to driving cars, is growing. Bikes don’t leave a stain on our environment and certainly lead to a healthier body. However, there’s one thing that’s somewhat unclear.

Are bikes safe to ride in a world with over 1.4 billion motor vehicles?

In short, the answer is: not quite.

And that’s not all. Riding a bike is not as healthy as we all originally thought. Colorado State University discovered cyclists inhale far more pollution than motorists due to their labored breathing and long commute.

Now, while the studies may be new and shocking to you, you likely already knew that riding is dangerous. So, this information should not change much. However, it does illustrate the need to take a few more precautions before heading out next time.

Who Are the Victims of Bicycling Accidents?

Thankfully, the National Highway Traffic Safety Administration (NHTSA) can give us insight here. According to their study from May 2015: 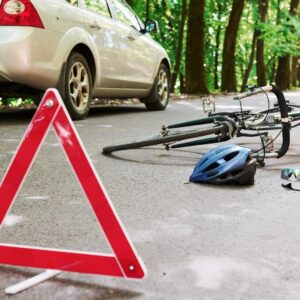 What Are Most Bike Accidents Caused By?

The most common cause of bike accidents is motorists striking a cyclist with their vehicle, according to NHTSA. However, that’s not the information we need. The real information you need as a cyclist is why motorists often strike cyclists.

From our research, bike accidents occur for a few reasons:

If you were recently involved in a bike accident, either as a driver or a cyclist, contact Sandel Law Firm. We can ensure you have the necessary support to move forward.